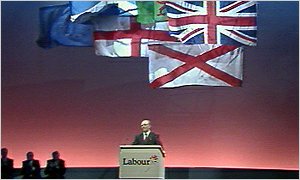 Is American polling about to experience the 1992 catastrophe?

Let’s recap what we know. Every pollster in America has Barack Obama in the lead, and the vast majority of the state polls in key states imply that he should win the Electoral College quite handily. I want to begin with a premise that if John McCain wins, we won’t have seen a measurable 2-point a day shift in the polls – a Republican victory in the race for the White House will come with the realisation that the polls were complete and utterly wrong.

“Last-minute swing” is the favourite excuse of the humiliated pollster, and it gets a fairly short shrift from other pollsters and political punters. It does happen, but it is rare, and wouldn’t excuse the size of Obama’s leads in the last two weeks. There will be much hand-wringing and gnashing of teeth about the Bradley Effect if Obama loses too, but I think that would be facile. For reasons explained before, the Bradley effect didn’t necessarily happen even to Tom Bradley, and the experience from the Clinton v Obama primaries indicated that if it occurred at all, it was restricted to the ‘Liberal’ North East and to California.

I lost money on the New York, New Jersey and California primaries, because the polls showed a tight race that never materialised. I suspect the reason can be discerned from the geography – in 2008, the ‘Bradley Effect’ is not so much racists who have second thoughts about voting for a black man in the privacy of the polling booth, it is the eagerness of Liberals on the Coasts to say they would vote for Obama when they have little intention or incentive to do so. If the Bradley Effect does show up in the 2008 Presidential election, I think it will manifest itself as Obama’s margin of victory being unimportantly-limited in Democratic heartlands rather than costing him the White House.

So if I am discounting the likelihood of ‘Late Swings’ and the Bradley Effect, why am I still nervous about my exposure on Barack Obama? Is it merely unbridled pessimism that has seen me use my Paddy Power winnings to purchase insurance at odds of around 8/1 on McCain? Perhaps, but there is a nagging thought that I feel compelled to share with PB.com – a nervousness borne of looking back at the 1992 General Election.

The polls at the time were essentially level, with perhaps a slight lead for Kinnock. It seemed impossible that Major would secure a majority, and a Hung Parliament beckoned. The Conservatives won by around 7.5%, and Labour hearts were broken. The British Polling Industry was forced into a wholesale methodological review, and it was Nick Sparrow at ICM who pioneered the ‘Past Vote Weighting’ as a means of stabilising the sample. This is now a fairly standard practice in British polling, and (thus far) has done much to prevent horrible, industry-wide errors (the 2008 London Mayoral race notwithstanding).

The American polling industry is a different animal – there are more pollsters, they are rarely as transparent as BPC members (you often have to pay for crosstabs); the industry is more wilfully commercial, and the variation in polls is often quite striking (which seems odd in a country that doesn’t even have the complication of a major third party). The normal approach to ensuring political (beyond demographic) balance, is to weight by party registration. Americans can only vote when they are registered, and when registering, they indicate whether they are Democrat, Republican or Independent. These weightings are implicit in the vast majority of American polls, but I wonder if this method is seriously-flawed.

Party registration nationally in 2008 gives the Democrats about 43% of voters, the Republicans get 33% and Independents at around 24%. Consequently, the leanings of Independents are measured with particular importance, and most polls have shown Obama leading in this group. My problem stems from the fact that, as was seen with exit polls in 2004, Democrats (and presumably, therefore, Democratic-leaning Independents) seem far more likely to answer pollsters questions, and I wonder if this could mean that the Independent group itself is being misrepresented.

Imagine we could break the Independents into three groups – Dem-leaners, GOP-leaners, and non-partisans. Given that the lat two Presidential elections have seen very close races, I would posit that ‘Independents’ includes more people that voted for Bush than for Kerry (even allowing for turnout differentials – Independents are also more likely to vote in many states). The fall in percentage of registered Republicans in the last two years, and the growth in the number of Independents smacks of what we would call ‘Shy Tory Syndrome’ – not wanting to affiliate with the party, but not necessarily reconciled to becoming Democrats, or voting for the Democratic Party. My concern would be that if the ‘Independents’ being polled and giving a slight lead to Obama are largely Dem-leaners (the eagerness of Democrats to answer questions in the same way that Labour voters are over-polled in the UK), that the whole 24% of Independents are being miscast. Finding a way to ameliorate the ‘spiral of silence’ would be the greatest challenge for the American polling industry since ‘Dewey Beats Truman’ became the worst chosen headline of 1948.

If John McCain wins, we won’t see it coming in the polls. If he wins, it will tell us that the pollsters got it wrong, and there will be no refuge in ‘Late Swings’ or the Bradley Effect. I sympathise with the pollsters working in a brutal commercial environment – any of them who recorded a 1% lead for John McCain in the last four weeks would have to be extremely brave to publish it. I can imagine that the safety in numbers of ‘but the whole industry got it wrong’ would be easier than shouldering the opprobrium (prior to a McCain victory) of being the only player on the wrong side of what currently looks like a landslide. I could even imagine a fearful and less scrupulous American pollster re-weighting the numbers to show ‘a modest Obama lead’ based on the huge advantage of Democrat-registered voters, or by tinkering with my opaque ‘Likely voters’ filter that can be more-justifiably thwarted by unparalleled turnout.

If McCain wins, I suspect that pollsters will have to consider breaking the ‘Independents’ into the three categories that I describe, and weighting accordingly to prevent political bias in their samples. Essentially, this would probably mean a form of past-vote weighting applied to the Independent category, which was the British solution adopted after the disastrous polling fandango of 1992.

I still expect Barack Obama to become President-Elect of the United States on Wednesday morning, but if his margin of victory is much less than the polls have suggested, or if the unthinkable happens and he loses, let us not afford ourselves the hand-wringing of the lesser excuses. This industry-wide catastrophe has happened before, and a solution was found. People might re-register their allegiance, but their history is not erased – past-vote weighting cured some serious methodological mistakes in the UK, and it might become a solution that the US polling industry will need to consider on November 5th.

Live White House race betting odds. Please use these links to place your bets as the commission contributes to the upkeep of PoliticalBetting.com

ALSO – contributions welcome for our new sister-site – “PoliticalBetting Channel 2” which as well as hosting more reflective musings from our esteemed community should be bookmarked as the refuge in case of the main site being overwhelmed by traffic.

FINALLY – for those who are in London on Election Night, we have room for a limited number of punters and PB.com regulars at a superb betting trading floor near King’s Cross (food and beverages provided courtesy of EliteBet). If you would like to attend, please get in touch beforehand for details.

Guest articles, enquiries about the Election Night gathering, and other communications should be sent in the first instance to me at morus1516 [AT] hotmail [DOT] com.