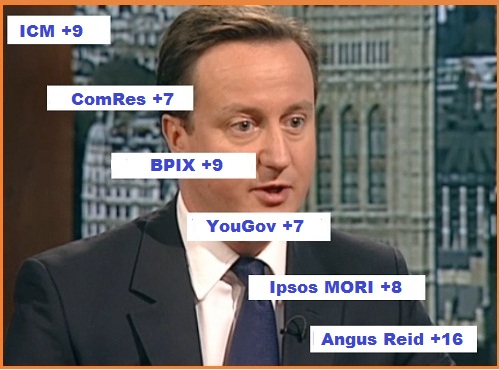 We keep hearing that the Conservatives will need a lead of â€œabout 11%â€ to win â€“ but is this really the case? There has been a bias towards Labour since Major won a majority on a 7.5% lead and the decrease in the hold that the â€œBig 2â€ have over the vote and seats doesnâ€™t ease things. But the bias is not a fixed law of Nature. In the first of two guest slots statistician and PB regular Andy Cooke tries to answer the big question

The tilt on the electoral table

These are key factors that will skew results away from the UNS which Iâ€™m going to address:

1. Mean constituency swing versus overall swing. The UNS does not translate to an equal average swing in each constituency â€“ differential constituency sizes hamper this. If big constituencies (and high-turnout ones) act the same was as small (and low-turnout) constituencies, it would. But they donâ€™t. When Labour is on the way up, the tendency for smaller turnouts in their safe seats increases the effectiveness of their national vote â€“ but this factor should work against them on the way down (and did in 2005)

2 Tactical voting. In 1992-2001, anti-Tory voters flocked to whomever was best place to defeat the Tory. In 1997, the 9.55% average constituency vote increase became 10.56% in Con vs Lab seats (as against only 8.08% in Con vs LD seats). A similar effect was seen for LDs. Each time you go to the polls you have to convince last times tactical voters to vote tactically again just to stay in the same place but in 2001, Labour held on to all but a fraction of those tactical votes. Even in 2005, only a small rewind (one quarter of the total) occurred.

3 Marginal targeting/over-performance. The â€œBlair Effectâ€. As New Labour tended to appeal most to the centrist voter in the battleground seats, Labourâ€™s performance was concentrated above and beyond the two effects above â€“ just where they needed it most. They achieved a swing of 12.1% (on average) in the Con-held marginals (up to 10%), and a staggering 13.08% average in the â€œsemi-marginalsâ€ â€“ with majorities of 10-20%. Without this effect, the tactically voted constituency swing would have been 11.2%

The Labour bias in the electoral table is real â€“ but is it now fixed? A ratchet or a pendulum?

I believe all three points can go into reverse.

Point one as the battleground shifts back, point two as tactical voting unwinds and as for point three I think the evidence is that Brown does not appeal to the centre ground in a fight against Cameron as much as Blair did against Hague and Howard.

But by how much will it affect that â€œ11% leadâ€ requirement – letâ€™s break down where we are.

Point 1: In 1997, the constituency effect gave Labour a 0.28% boost above UNS. In 2001, a further boost of 0.45%. The slide back in 2005 gave the Tories a 0.24% boost. Leaving Labour holding a 0.49% swing advantage above the tide. Iâ€™d contend that this will unwind in full as those battlegrounds come into play in the other direction. Thatâ€™s a half-a-percent boost over UNS that Cameronâ€™s Conservatives are likely to get. Equivalent to adding 1% onto their vote share. Lead required: 10%

Point 3- The marginals. This is the big one. In 1997, the battleground seats had an enhanced swing of 1-2% beyond the other effects. In 2001 it was more complicated, particularly in the category of seats weâ€™re looking at (next electionâ€™s battleground).

But when all three elections are taken into account, the 2010 Labour seats with up to 10% majorities hold an extra pro-Labour swing of 4.3-4.9%. This drops off to 4.2% for the marginals with majorities of 10-15% and 2.7% for those with 15-20% majorities, and drops down to negligible amounts beyond that.

We donâ€™t know exactly how much of the Blair Effect we can assume to unwind, but a significant amount of those excess swings should fall back, giving a boost to the Conservatives in the battleground seats. And, of course, whatâ€™s sauce for the goose is sauce for the gander â€“ a strong Cameron performance could easily go further than a full unwind. Lead required: significantly less than 9%

Excellent news for Cameron, yes? A huge boost to his swing where he needs it most. Not necessarily. All of the above assumes a big move back to the Conservatives. If thereâ€™s not a big pro-Tory swing anyway, we can assume most of the factors will be lessened. If â€“ somehow â€“ thereâ€™s no swing at all, the effects will be minimal. Not zero (detox, targeting and change of leader will have some effect), but far less.

Further, if he has a big swing, the seats where the effects are most pronounced will be in the bag anyway. The effects drop off as the swing extends.

Mike Smithson writes: When I first read this, together with the equally insightful Part 2, I got excited because amongst other things it provides a highly plausible explanation for the way the ICM and YouGov marginals polls together with the aggregated MORI data are suggesting there’s a disproportionate move to the Tories going on in the battle-ground seats. These seats saw disproportionate moves to Blair’s Labour which have the potential to move back sharply.

To simply say that it’s “all because of the Ashcroft money” is only a fraction of it. The Andy Cooke thesis is that the marginals are inherently more likely to move because this is where the bigger than average swings were in the Blair years. There was always a greater potential for this to unwind once the Tories moved forward.

Andy’s piece demonstrates so clearly why marginals are different and why they should be the subject of our prime focus. Andy’s Part 2 has some models and projections that could change the way we are looking at the coming encounter.