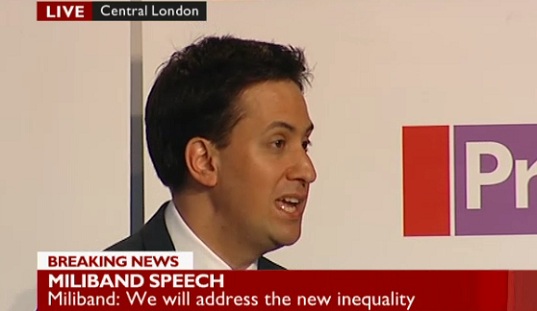 Does he need more than cliches if Labour is to retain its lead?

In what’s been billed as a big speech setting out how Labour will move forward the party leader, Ed Miliband, has talked about a “national mission” to regain the trust of the voters.

He talked about the need to set out a clear and positive vision for the future which touched the concerns of voters. He also touched on a theme that he’s raised before – that things are tougher for today’s younger generation than they were for their parents.

There was abig focus on inequality which he said hard to be “hard-wired” out of society.

But those expecting even a glimmer of detail about what Milband’s Labour would do were disappointed. The speech was all platitudes and generalities. He does need to start getting specific.

For the problem of this approach is that it becomes totally devoid of substance. He needs some examples of what a Labour government led by him would do.

I was expecting something sharper and more refined. A missed opportunity I’m afraid.